Matt Montana is a best-selling author of western novels.  The last thing he wants the world to know is that he’s never actually ridden a horse or spent a night out under the stars.  He decides to fight his writer’s block with a week of playing cowboy on a dude ranch deep in the Colorado Rockies.

Jamie Kimball makes sure all of the guests at her Rocky K Ranch have a genuine western experience.  What she doesn’t need is a cocky dude who thinks he’s God’s gift to women.

After a week with a horse named Terminator and a woman who has touched his heart like no one else, Matt can finally finish his book.  But will it have a happy ending?

If you like Hallmark Movies, you'll love these books.

For Shelly Lowell, what starts out like a fairy tale come true becomes a nightmare as Prince Charming turns out to be a toad.

A random act of kindness…a stranger’s thoughtful gift…and Shelly zooms from rags to riches.  Suddenly, this single mother’s money woes are history. She feels as though she’s stepped into the Cinderella role in her daughter’s school play.

Jim Mitchell was furious that he’d been swindled out of his inheritance.  And this playboy extraordinaire aims to try every trick in the book to reclaim what is rightfully his…even if it means wooing it away from an unsuspecting Cinderella!

Shelly’s heart is broken when she finds out the truth, and it isn’t until Jim wins that he realizes what he’s lost.  Is it too late for a happy ending? 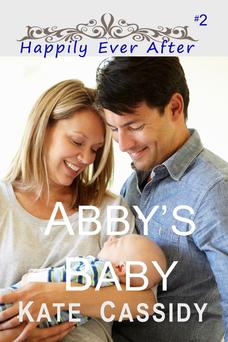 ​Book #1 in the Happily Ever After line of sweet romances filled with love, laughter, and happily ever after.

Charlotte (Charley) Carson left the small town of Greenhaven, Iowa as soon as she graduated from college. But now, on leave from her dream job as a news anchor in L.A., she is back home, hiding out from a scandal. Her plans are to get back to work as quickly as possible. Her mother’s plans are quite different. She wants to set Charley up with a local farmer.

Luke Calloway has his hands full raising three rambunctious sons and 50,000 turkeys. The last thing he wants is to date anyone, much less a stranger who’s being pushed off on him. But Charley turns out to be a breath of fresh air, reminding Luke of how wonderful it could be with a mother for his boys and a woman to share life with.

But when Charley is called back to work, she doesn’t hesitate to leave Greenhaven…and Luke behind. She finally has everything she’s always wanted…or does she?

Some people think growing up in a small town is heaven. Others can’t wait to escape. Charlotte (Charley) Carson left Greenhaven, Iowa in her dust as soon as she left for college and then pursued a career as an international journalist. After several years travelling the world on exotic and often dangerous assignments, she’s finally gotten her dream job as anchor of the evening news in Los Angeles.

Unfortunately, her search for a great story gets her caught up in a scandal when a raid on an animal testing facility goes horribly wrong. On the advice of her agent and to get out of the spotlight while her case comes to trial, she runs home to hide at her family farm back in that small town she’d left behind over a dozen years ago.

Charley knows she's innocent, so she assumes this will all blow over quickly, and she’ll be back to the life she loves. However, Betty, her mother, has other plans. She schemes with her best friend Nell to get Kate and Nell’s son, Luke together with the hope they’ll fall in love.

Luke Calloway is a widower with three sons who has recently purchased a turkey farm and relocated from the big city to the slower pace of rural life. Neither Luke nor Charley are interested in any sort of relationship and resist their mothers’ meddling. But eventually, their paths cross and the attraction is immediate.

Her attorney has warned her that it could take months for her case to go to trial. Charley has no plans to fall in love, but she enjoys hanging out with Luke and his boys. Plus, it’s a good way to pass the time while she waits in her self-imposed exile. She never counted on enjoying being home again. 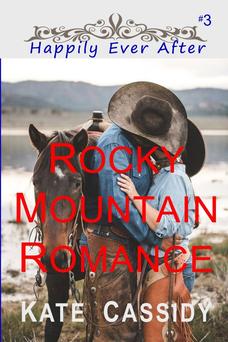 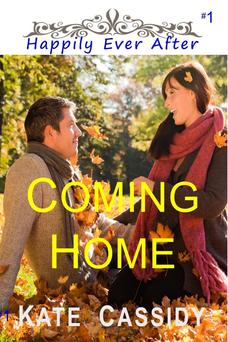 ​​This is book #2 in the Happily Ever After series, a line of sweet romances where there is love, laughter, and happily ever after.

“Abby Cramer hopes he’ll settle down. Rusty is more than the mechanic, salesman and crack pilot she’d hired to turn her business around --- Rusty is a friend. And Abby is as vulnerable as a woman can be. Her husband’s helicopter crash had left her alone, nervously awaiting the birth of her first child and at the helm of a business slipping into bankruptcy.
With Rusty to help her through a dangerous and difficult time, she begins to pick up the pieces of her life. But Abby doesn’t recognize the illusions holding her back --- until the hurricane comes roaring up the Gulf, showing her that courage is another name for love.”

Abby Cramer is 35, pregnant, on the verge of bankruptcy, and a widow. She and her husband, Doug, owned a helicopter transport company that picked up and delivered crew, supplies, and parts to oil platforms in the Gulf of Mexico. When his helicopter crashes forty miles offshore, her whole world turns upside down. Six months pregnant, she must decide whether to walk away from the debt-ridden company or to try to keep it alive by hiring a new pilot. Since it’s her only source of income, she puts out an ad for a pilot and tries to figure out how she and her baby are going to survive alone.

James Russell (Rusty) is a talented pilot, fresh out of the military and anxious to see the world. He has taken several temporary jobs and enjoys the freedom of moving on when he starts to get bored. While he is visiting the Texas city of Lake Jackson, he hears through an old friend, of a small helicopter company whose owner is a recent widow and who desperately needs help to stay in business. Sensing a challenge, Rusty visits the office of C-Breeze and meets Abby.
Abby is impressed by his skills and experience, but baffled why he would want to work for her considering her financial situation, the lack of customers, a broken helicopter, and a risky future. Rusty, on the other hand, knows the situation looks hopeless, but he is touched by her courage in the face of so much adversity. She needs him, and he decides to stay long enough to help her out and get her through the pregnancy.

Abby has also started to have feelings for Rusty during the four months they worked together. She sees that underneath his brusque professionalism, he’s a gentle, funny, caring man whose companionship she has come to enjoy very much.

During the next two months, their relationship becomes closer as the company continues to succeed and their friendship grows into something more. Doug has, by now, officially been declared dead so Abby is free to remarry. But neither she nor Rusty are ready to take any major steps because the timing isn’t quite right yet.

Will it ever be right for them or is it time Rusty moves on? When Kate faces the biggest decision of her life, can she make the choice that’s right for both her and her baby? 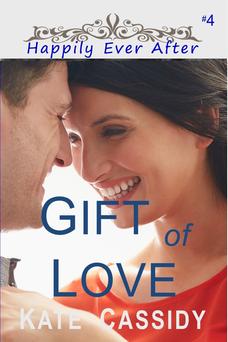