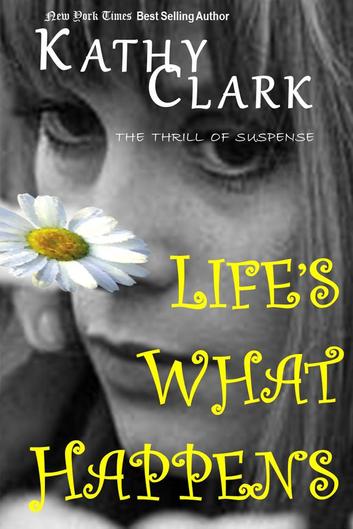 ​Based on a true story

Don Williams is on his way to his college reunion. As he drives through town, all the old memories come flooding back. It all looks the same, and yet everything has changed.

He goes into his fraternity house not knowing what to expect or who will be there. Where they successful? Who had they married? What had they become? Had they survived? While he waits, his thoughts travel back to the days when he was young, carefree, and full of hope. His fraternity brothers, the girl he lost his virginity to, the classes that seemed so difficult all rush back. He relives the last year of his college life as it spirals out of control. No one could have predicted the crazy events of that historic year.

LIFE'S WHAT HAPPENS is about Don and his classmates’ stories, as each is faced with questions much more complicated and difficult than any generation past or present. Based on actual events, this is the untold story about the year they turned from boys to men and how they were forced to make decisions that would change their lives forever and, in many cases, would mean life or death.

Praise for
Life’s What Happens


“An innocent trip downtown turns disastrous near the end of the novel, and tension rises with the terrors of historical events, making this novel truly haunting and hard to put down. The author wisely keeps politics out of the picture, telling just the story of real people, caught in an unreal situation. By the end it's clear that nobody ever sees the future, and all of us see differently when we look back at the past. I'm glad to have seen through the eyes of these students, through the words of this author. And Life's What Happens is highly recommended.”Shelia Deeth

“This is a sad story, but entrancing. The author's handling of the young men who got their draft numbers during the first draw and how they reacted is probably what happened to many more young men across our entire nation. There is the draft dodger who fled to Canada, the young men who signed up for their choice of military service rather than waiting to see if they'd be called, those who waited and wept until drafted, and some killed. And there are the students from KSU and other colleges who were shot and injured or killed by the National Guard trying to bring peace to a college in turmoil. All of these characters are entirely believable, both during the college years and during the years following.” Kindle Bok Review